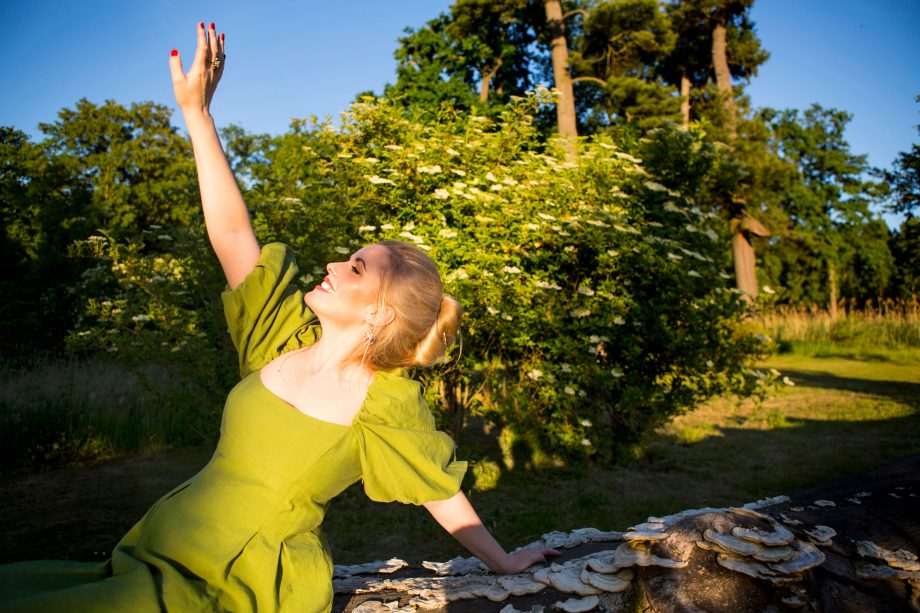 Vera Danilova is a Slovenian-Macedonian soprano.

After she completed her studies in singing and piano at the Music and ballet centre in Skopje, Macedonia, at the age of eighteen years, she was accepted at the Academy of Lyric Art in Osimo (Accademia d’arte lirica e corale di Osimo, Italy), mentored by the music impresario Sergio Segalini and the soprano Raina Kabaivanska. The program focused on the belcanto stile and technique and on full staging of opera productions (Susanna and Ilia).

She continued her musical education at the Music Academy in Ljubljana at the university of Ljubljana in Slovenia where she graduated in singing with honors. During her studies there, Vera further studied the operatic repertoire, the chamber repertoire and the pedagogical aspect of singing. She won several competitions and sang in many concerts. It was while she was a student that she made her Opera debut singing Adina in L’Elisir d’Amore. She was awarded the student’s Preseren prize (Prešernova nagrada), the highest award for an artist in Slovenia for extraordinary achievements in music (nominated for the part of the Soprano in Carl Orff’s Carmina Burana).

She also performs as a concert singer and has a wide repertoire of recitals (Opera arias, Antique and Baroque arias, German lied, Russian romances, Italian chamber music). The Slovenian National Radio recorded many of her performances; she has also recorded music written specifically for her voice by contemporary composers, for several theatrical shows and CD’s.

Her cooperation with the Slovenian pianist Erik Šuler resulted in many successful projects and recitals throughout the country. Starting with Rachmaninoff’s romances, later their repertory was expanded and they added other Russian composers (such as Rimsky-Korsakov, Tchaikovsky, Glinka), German composers (Wolf, Schumann, R. Strauss) and Italian chamber music (Bellini, Rossini, Arditi…).

Since 2015, Vera Danilova, her husband and their daughter call Maastricht (The Netherlands) their home.